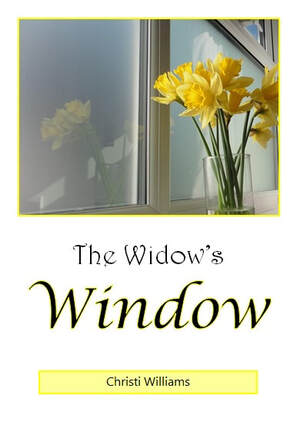 Antonio returned to the living room and again stood before her. He looked nice, cotton pants and a button-decorated guayabera shirt, square cut on the bottom and not tucked in. He smelled good too. He smelled like her shampoo, but still.
“Would you like to drive to town with me?” Madysen asked. The baby needs some diapers and a bottle, and probably a car seat and a playpen as well.”
“That’s all you have to say?” he said. “Do I want to go to town?”
“Would there be something else, Antonio?” Madysen put on her most innocent expression, but refrained from batting her eyes. She was playing with him, but she didn’t think he really minded.
“What’s happening here, between us—” he began, gesturing with his long-fingered hands.
“Don’t you like it?” she hurried to ask before he got too far into questions and explanations and justifications. She was what she was, she liked what she liked, and there was no reason behind it. It just was. He either liked it or he didn’t.
“Sí, yes, of course I like it,” he said.
“Well, then.” Madysen smiled, got to her feet as if the subject had been fully covered and was now firmly closed.
“Were you wanting to go into Hawk Point with me?”


Antonio drove the ranch pickup over dirt roads until he hit pavement, and then turned north. Their conversation had been fairly desultory, ranch talk of goats and feed and new kids in the spring, of the growth of her cheese business with the rising national hunger for natural products and the need for a new pasteurizer soon. Madysen really should hire more help, the business was growing beyond her ability to handle it even with Antonio there, but she was putting it off as long as she could. She liked the valley the way it was, quiet, and distant from town noise, and town smells of exhaust and fried food, and town experiences of congested streets and impatient, rude people, and crowded parking lots and stores.
“I only have one question for you,” she said when she thought he was totally off guard. “Are you married?”
He took his eyes off the road to give her a narrow look. “Would it make any difference?” he asked.
She hesitated. “Probably not much,” she answered honestly.
“But maybe a little?”
“A little,” she admitted.
“Well, I’m not.”
“Bueno,” she said, “good. The fewer the considerations, the better.”
The corner of his mouth twitched, but not enough for a true smile. “I have a question for you,” he said.
She said, “That’s fair.” Lydia had slid down during the ride; Madysen hitched her back up on her shoulder so she had a firmer grip on the baby, her little round butt riding one forearm.
“Do you do what we did, with other men?” He gave her a brief sideways glance.
She drew in a breath, considered how to answer. Then she said, “Would it make a difference if I did?”
He paused. “Maybe not,” he said slowly, apparently thinking hard about it before giving her an answer.
“But maybe yes?” she prodded.
“Probably yes,” he said.
“You’re the only one since my husband. He was first. You are the second.”
She saw the corner of his lip twitch again. “Bueno,” he said, without looking at her.