Excerpt from the first in the Wyoming Romances series, sensual  contemporary Western mini romance
"To the One I Never Forgot" 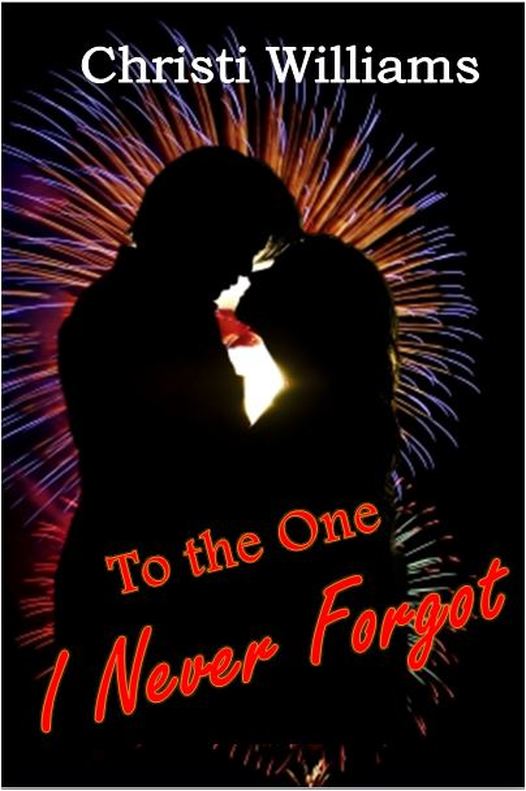 There’s nothing like sitting around feeling sorry for yourself.
Dusk descended. With only the glow of her laptop’s screen for illumination and with nothing that sounded more appealing than looking for clues by stalking people from high school on social media, Gianna propped her chin in her hand and continued to search. She was almost positive after so many fruitless nights that Zack wouldn’t have friended any of these people. They hadn’t ever liked him, and he had seemed oblivious to them and their exclusive groups. And she certainly didn’t care about connecting with any of them.
Zack was the only one she was interested in discovering. He was the first and only one she had ever been interested in. But wasn’t it just her luck that the people she really didn’t have any fond memories of were so easy to find online? Just a few keystrokes brought up their broadly smiling faces. Minus the braces and acne, it was true, but still not any more attractive than they had ever been although she suspected they were much more likely to invent exciting backgrounds and beautiful wives earning top salaries in their fields. Not to mention perfect little families of two children who had lots of adorable pictures snapped while traipsing along on fabulous vacations.
Her own profile was pretty skimpy. She avoided having a recent picture taken because she still saw the same skinny nobody she had been back then when she looked in the mirror. She owned her own company, but didn’t bring up its existence on her personal page. Most of her accomplishments and her education, along with her whereabouts, weren’t available for public consumption. In fact, the only people she was connected to on social media had sought her out. She spent her time online looking, not interacting.
The one Gianna tried so hard to find—just to see how he was doing of course, if he was happy, if he had a good life—seemed to have disappeared off the face of the earth.
So far this had been yet one more wasted night. What did it say about her that she would rather stay home and look for Zack than start up again with somebody new? But the truth was, she didn’t want anybody else. She had never wanted anyone else. She had only ever wanted Zack.
Yet the thought nagged: wasn’t it about time to give up? Anyone would tell her she had spent enough time chasing a dream. If her mother knew how Gianna spent her nights, she would try to get her back in therapy. So she didn’t confide in her mother. In fact, she hadn’t felt close to her mother in years...not since the last time Gianna had seen Zack. Six long years ago.
As she sat in the dark and the silence tapping keys, what the search engine brought up, as if it had been waiting for her to find it at just that moment of loneliness and bittersweet nostalgia, was a new website called To the One I Never Forgot. Similar to those sites where you could send an anonymous apology out into the ether for the unkind or downright cruel things you had done to other people and always felt bad about, this site was a place to post memories of, and explanations to, the one who got away. As much as the apology sites, To the One I Never Forgot was not specifically designed to reach the person who had been wronged or left behind. The anonymous confessions were designed merely to ease the guilt of the guilty.
Well, she was that, Gianna thought. Guilty. She had always felt bad about the way she had let Zack slip away without a word. She still couldn’t believe he could just disappear. He had to have had a reason, no matter how lame. Maybe if she took the time and wrote it all down, she would feel better about the non-resolution of their abruptly truncated affair. Maybe she could start to forget.
Before she could think better of it, she typed in a user name and a password, and created a profile along with a pretty, free stock picture of fireworks. And then she started typing.

To the one I never forgot,
I remember the first time I saw you. I was fifteen and starting a new school in a new town. I was late because Daddy had just got his new job and we hadn’t moved soon enough to register for the school year. I was so nervous I couldn’t eat breakfast, but my stomach felt sick as I walked into that classroom filled with people I didn’t know. Most turned their heads and stared at me as I clutched my book bag to my stomach while trying to find an empty seat. But when you turned and looked at me,I remember you had the biggest, friendliest smile on your face, as if you had just been waiting for me all your life and were so glad to finally see me. You had on this shirt, some kind of safari shirt, it had five or six pockets, even one on the sleeve. I remember thinking you must be big into science or computers; no one with a hint of fashion sense would be caught dead in a shirt like that. I found a seat and class started. I was still feeling too anxious to really hear much of anything that was said, until my name was called. When I looked up, the whole class had craned their heads around again to look at me. And nobody looked exceptionally friendly. Nobody except, once again, you. Again you had that warm, wonderful smile on your face when you looked at me, and in your smile I found confidence. I knew we were destined to have meaning in each other’s lives.

She stopped typing. Maybe that was enough. Maybe she had finally got it out of her system and could settle down to sleep. She signed the post Brown Eyed Girl, clicked SEND, logged off and closed the lid on her laptop, plunging the room into darkness.